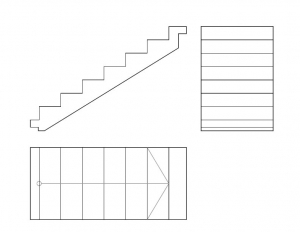 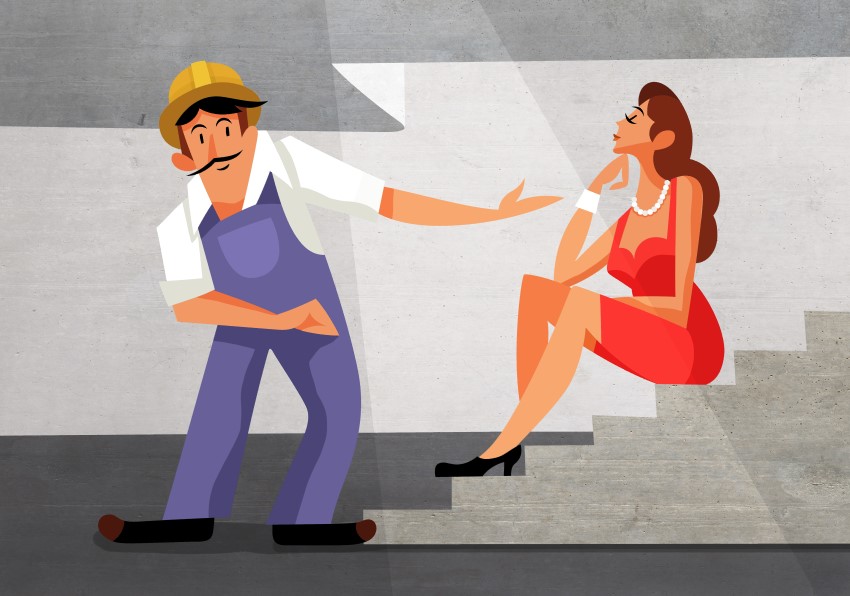 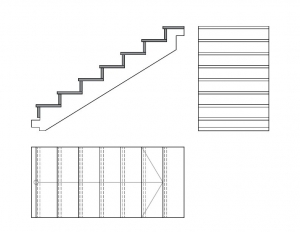 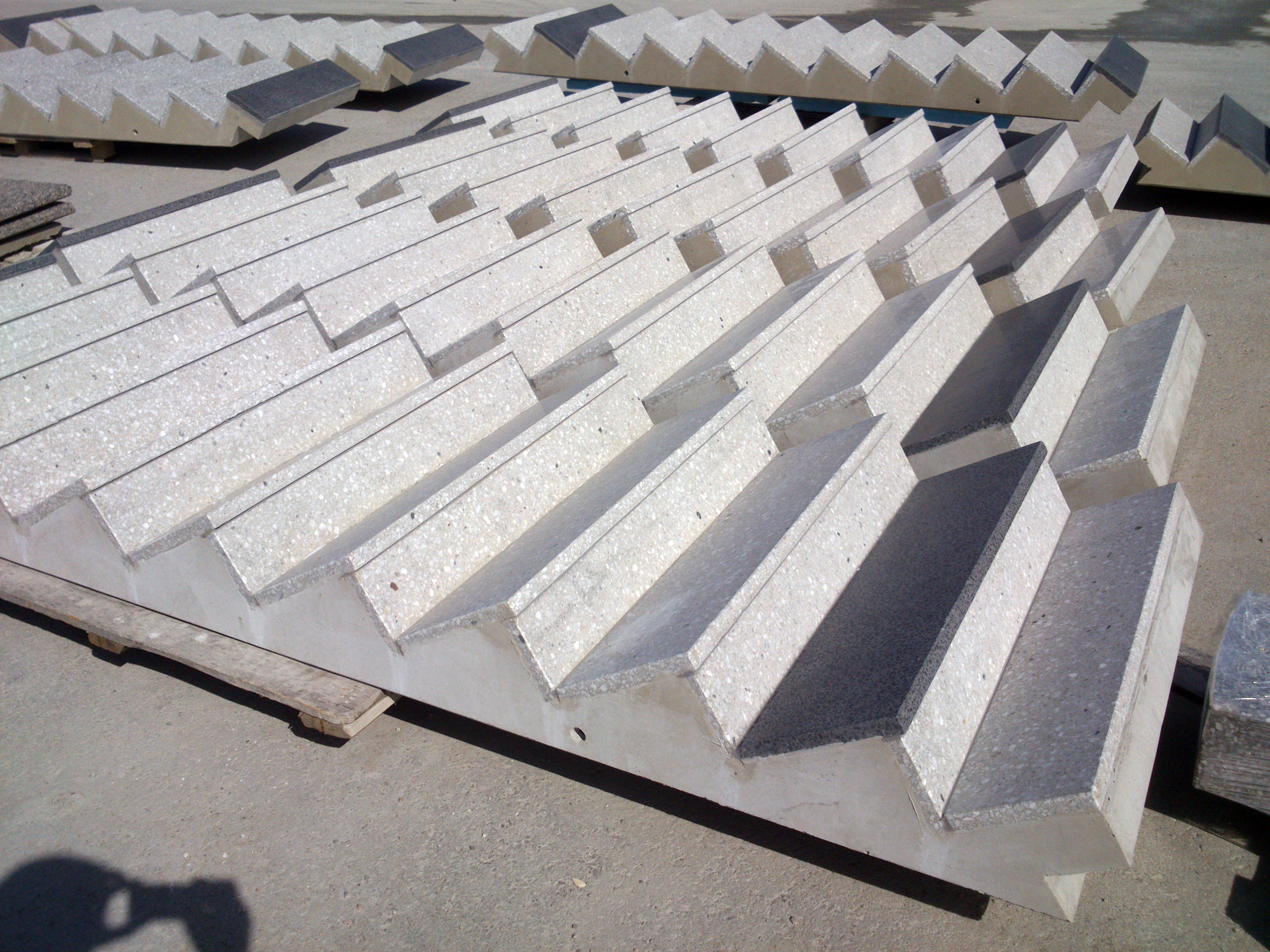 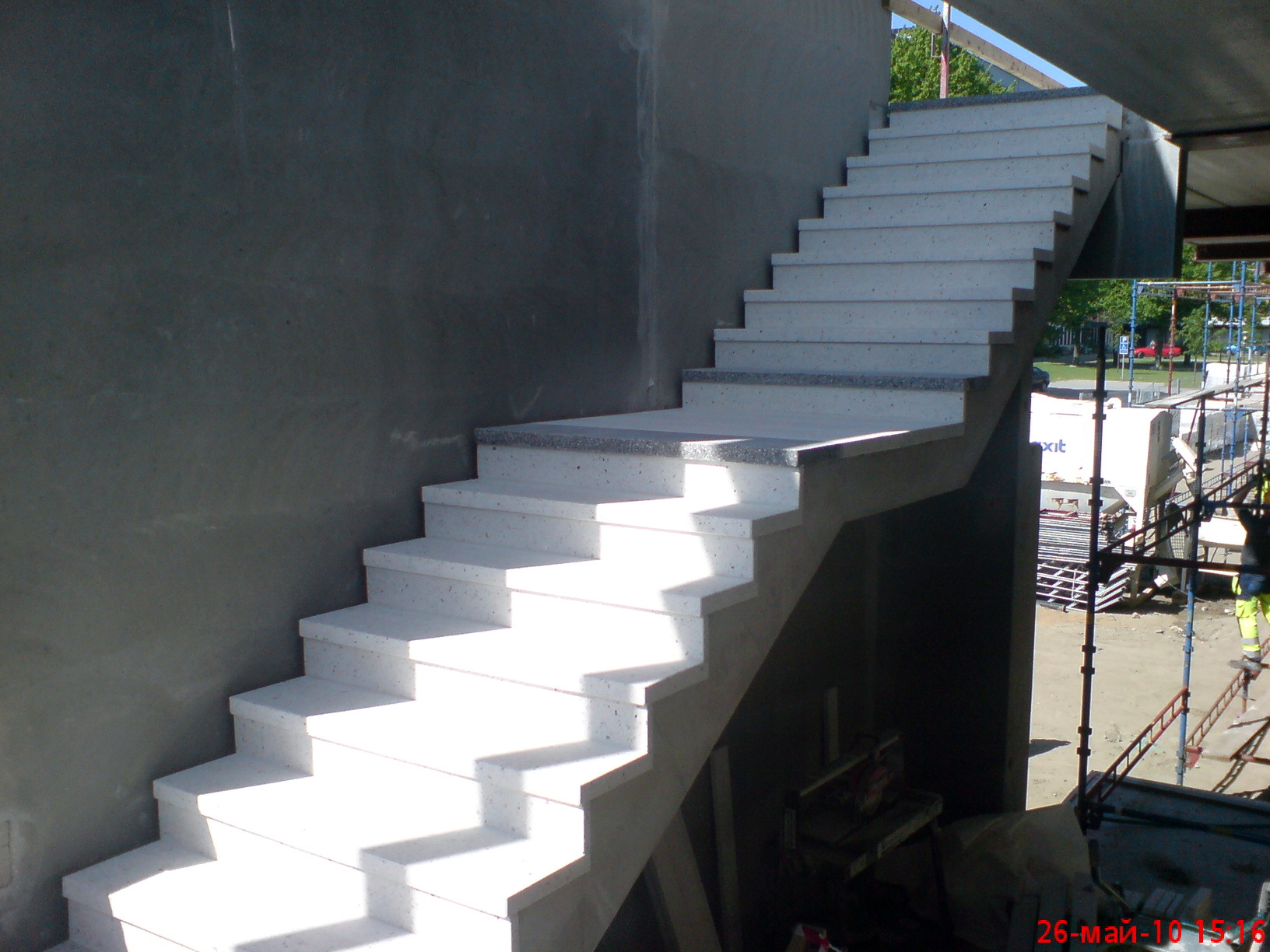 Vertical and horizontal covers can be made as separate elements or as a single L-shaped element. The minimum thickness of the covers shall be 30 mm 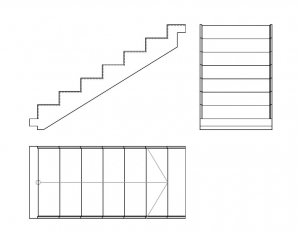 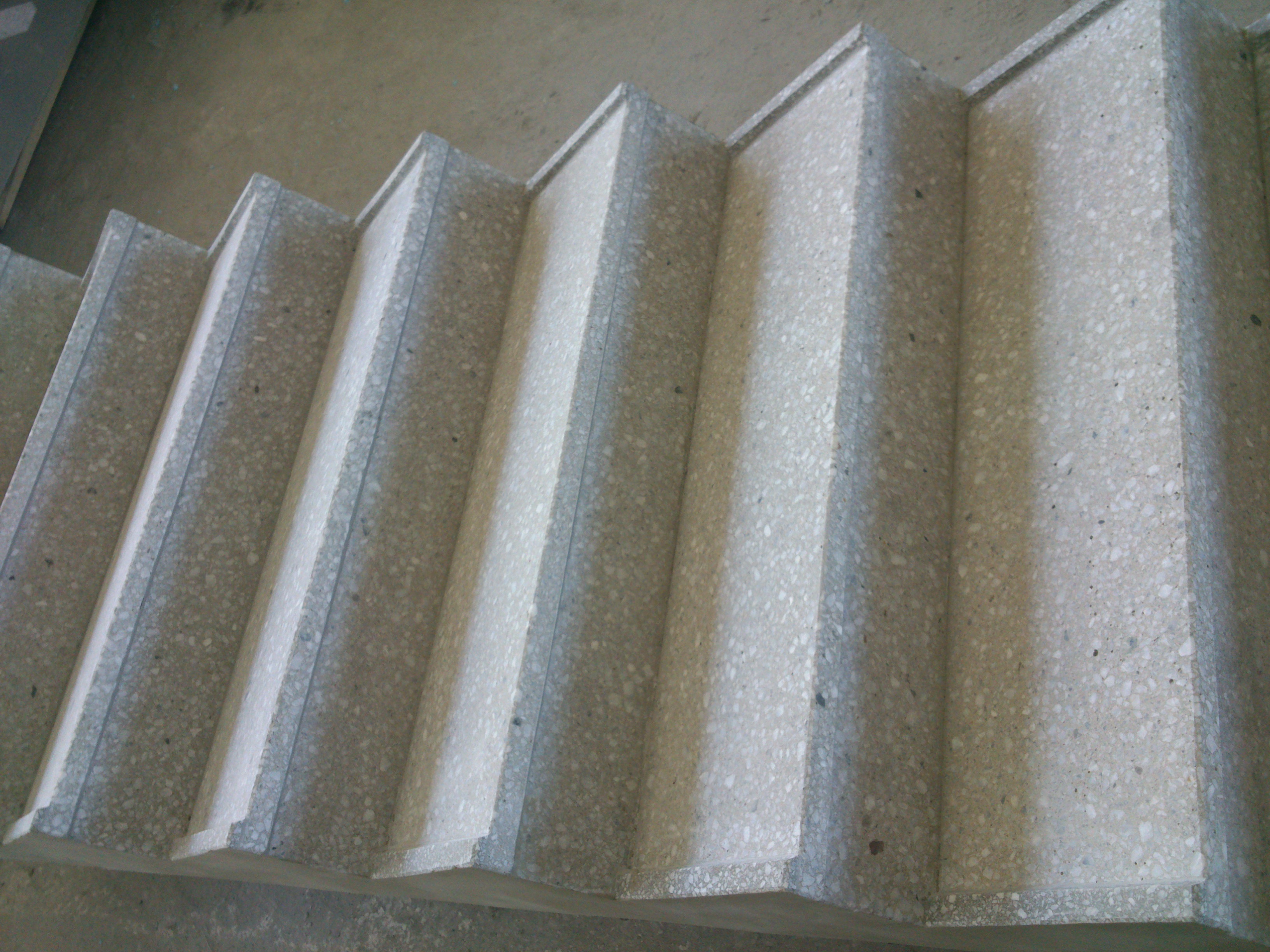 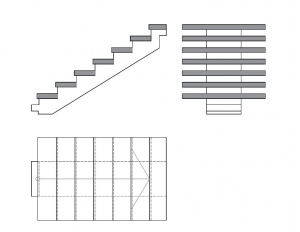 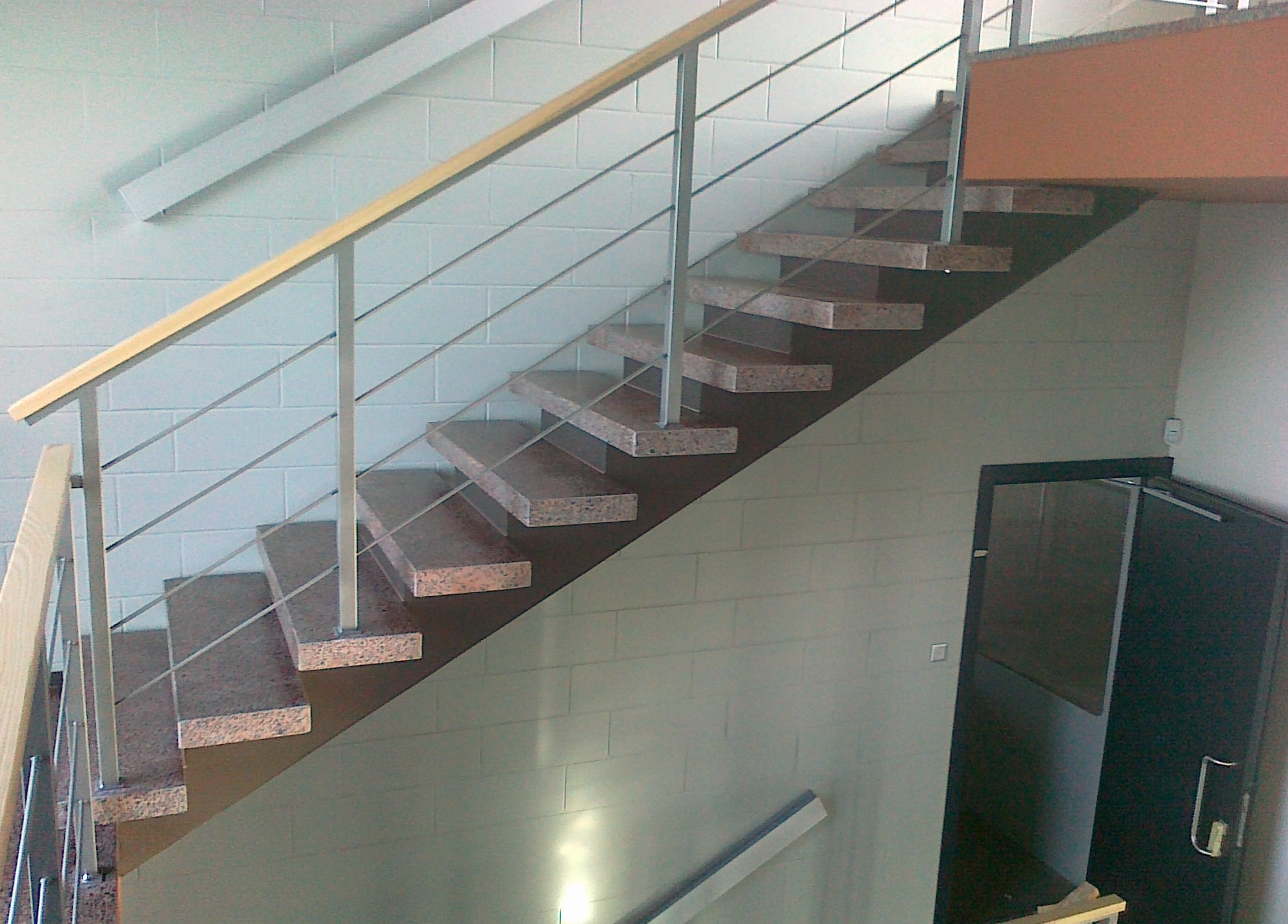 The steps are secured with bolts, which are immersed in wells filled with a non-shrinking mixture in the centre beam. The minimum thickness of the steps shall be 60 mm. The steps can be mounted on the beam either before or after the assembly of entire stair flight.

– Straight stairs, with two beams at the edges. 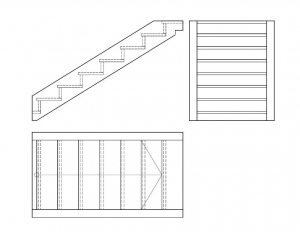 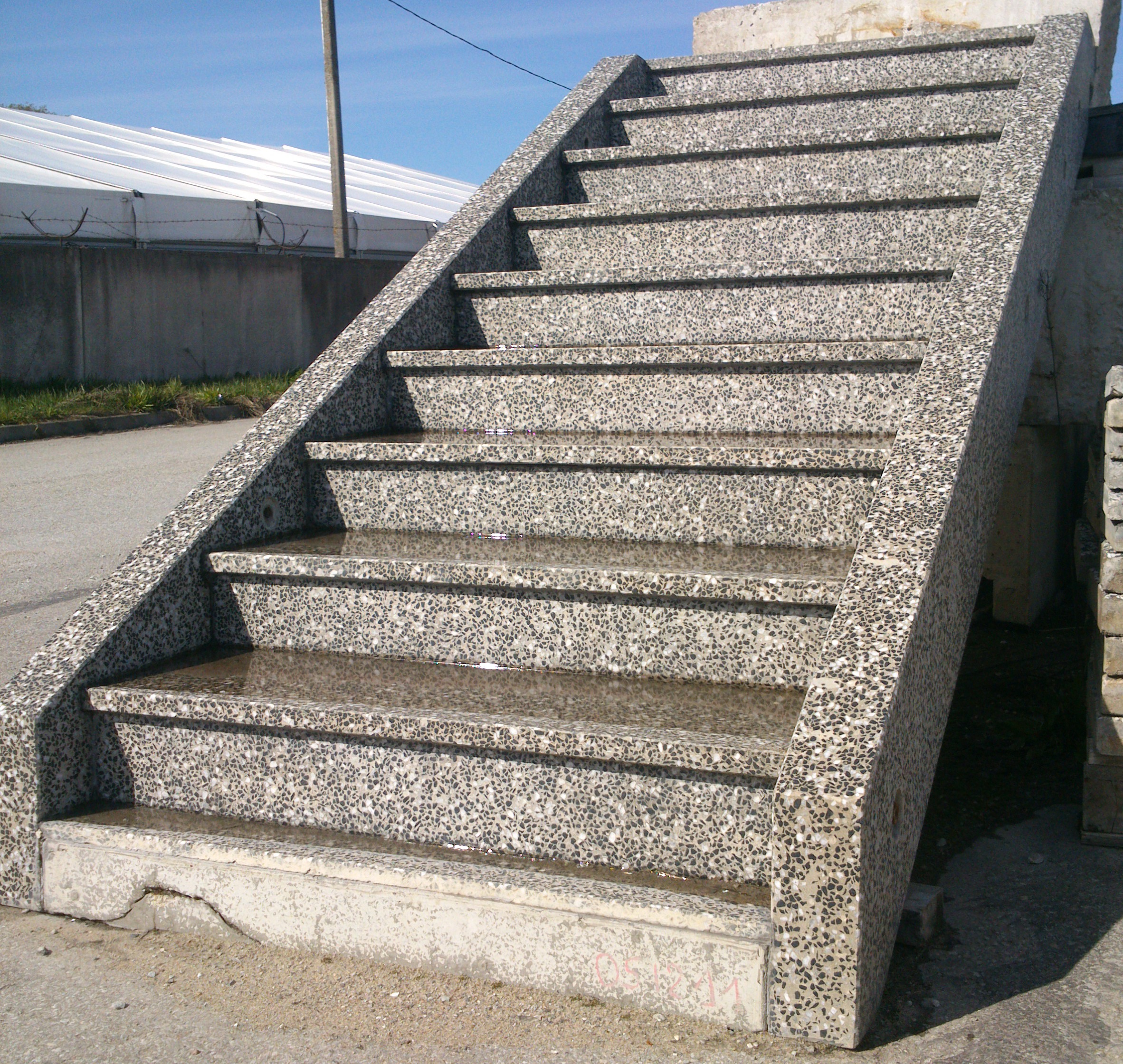 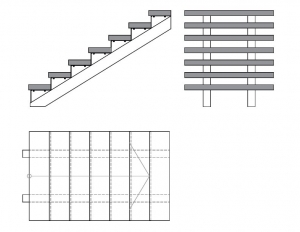 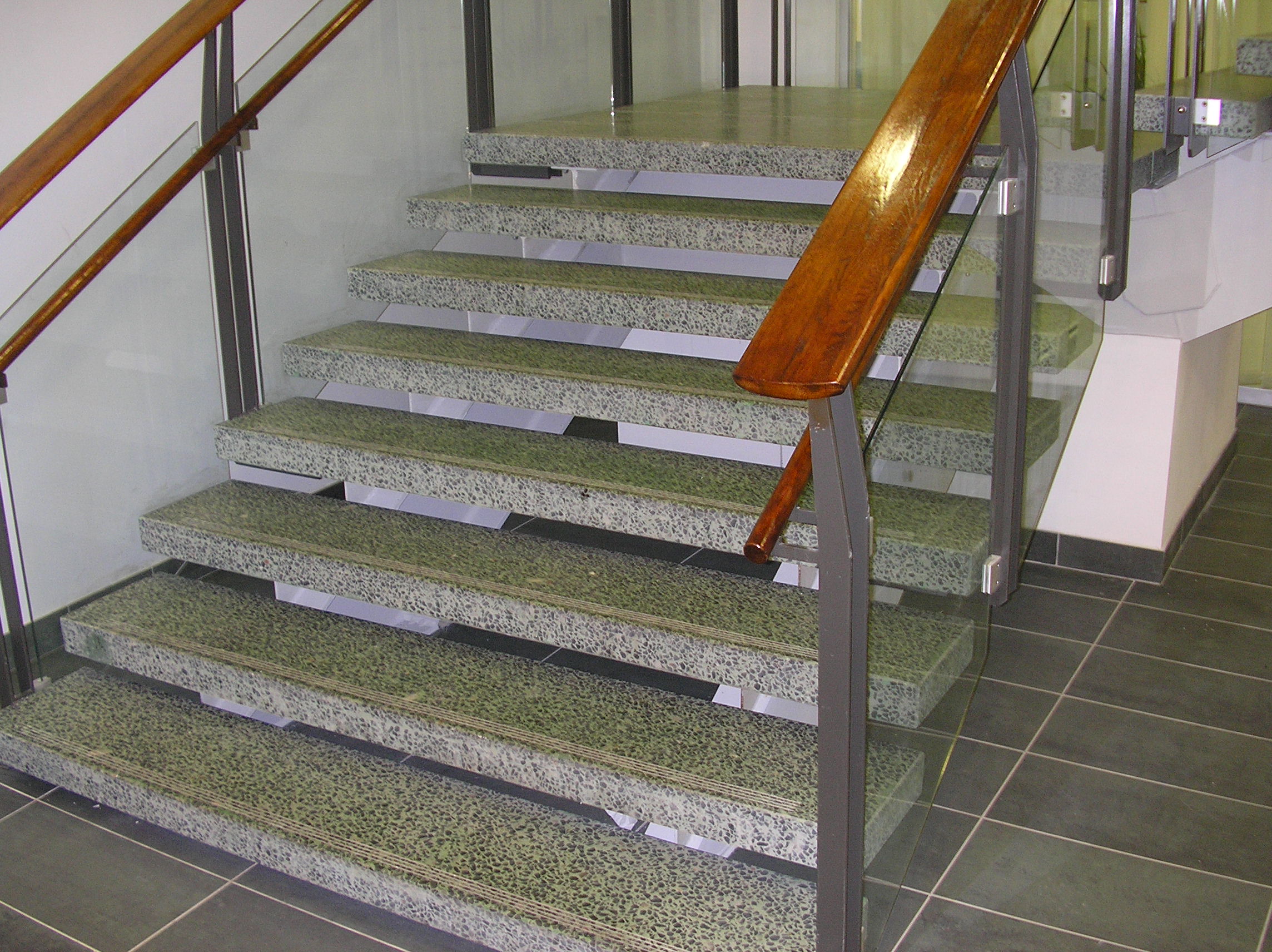 Steps are secured with a chemical anchor and bolt joint. Each step must have four anchors. There should be a 3-5 mm thick neoprene layer between the parts and the metal frame. The minimum thickness of the steps shall be 60 mm. 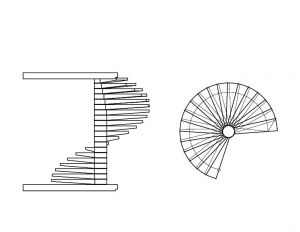 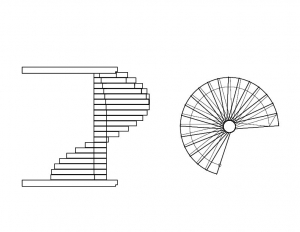 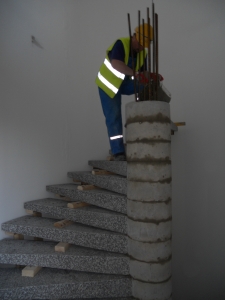 The steps may be straight, coned or L-shaped. We assemble stairs directly on the object, placing the steps on top of each other and aligning them. A temporary support is installed under the loose end, which is removed after reinforcement and concreting of the central column of the stairs. The steps may also be mounted on the metal frame of the spiral staircase. 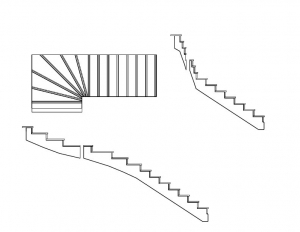 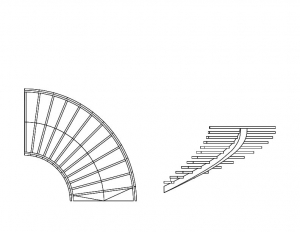 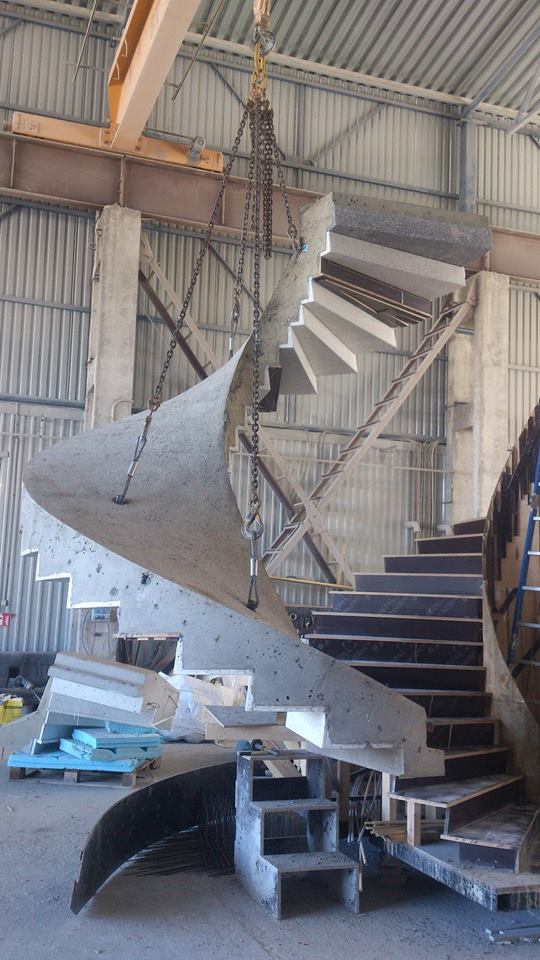